Bitcoinmix.org – A Simple Step to Keep Your Crypto Safe 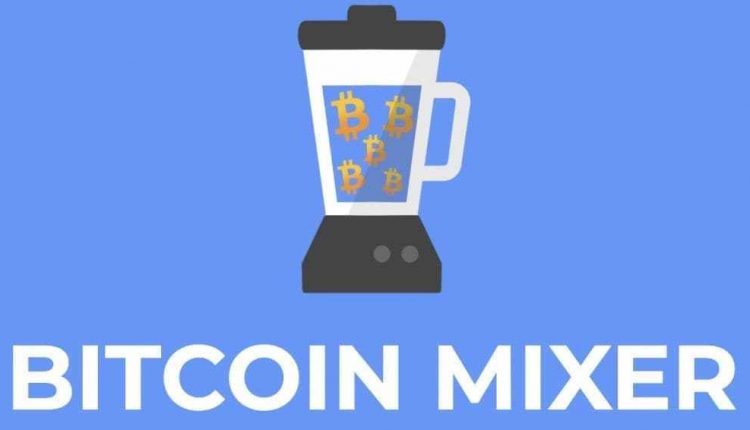 Savvy crypto investors understand that keeping your crypto holdings private is the best defense against any would-be threats in the market. Discretion is your friend when it comes to stacking stats safely. For most people, it’s easy to not run around town bragging about your vast Bitcoin holdings. However, there are other ways that thieves can track down your balances.

One of the most popular ways to monitor transactions is through the use of block explorers. In Bitcoin’s earliest days, people believed that it provided anonymity. However, it is now known that Bitcoin is not anonymous at all. What changed? The first thing that altered was the level of understanding people have about this cryptocurrency.

Additionally, the entrance of blockchain analysis firms altered the landscape considerably. For the first time in crypto history, anyone could pay a firm to unravel the identity and transaction history of Bitcoin accounts. At first, these services were used primarily by government agencies and regulators. However, nowadays, anyone can pay these firms to discover your identity.

What Can You Do to Protect Your Bitcoin

The open and transparent nature of Bitcoin makes it very difficult to hide your network transactions under normal circumstances. Luckily, the introduction of powerful Bitcoin mixing protocols has given some relief to those privacy-minded investors as of late. Bitcoin mixers integrate various wallets, transactions, and pools to make it nearly impossible to unearth your identity.

Bitcoinmix.org is a leading Bitcoin mixing platform. This protocol provides users with a streamlined mixing experience that integrates enterprise-level strategies to obfuscate your transactions. The platform earned a reputation as one of the top service providers due to its robust functionality and reputable track record.

Bitcoinmix.org is the easiest way to anonymize your Bitcoin. The platform removes all technical barriers to the process and introduces an interactive interface that simplifies the process from start to finish. Here is how Bitcoinmix.org provides you with the added protection you desire.

Even though the front end of Bitcoinmix.org looks simplistic, the backend is built upon advanced mixing protocols designed to keep you safe. The platform operates a Bitcoin Blender. This protocol sends your Bitcoin into a large transaction pool. This pool features Bitcoin gathered from transactions from all over the world.

The Bitcoin in the mixing pool is also sent through a variety of different wallets and transactions. These varying transactions also feature varying amounts. You will also need to determine your mixing time. The longer you wait, the better your results. In the end, you receive fresh clean Bitcoin that has never been associated with you.

Why You Need to Use Bitcoinmix.org

It’s a common misconception by new investors that they have no need to mix their Bitcoin. For some, they feel that because they are not doing anything wrong, they have nothing to hide. Unfortunately, there is nothing further from the truth. Here are the top reasons why you need to utilize Bitcoinmix.org on every Bitcoin you own.

The top reason to mix your Bitcoin is to protect your holdings. There is a troubling trend in the market that involves thieves researching large Bitcoin wallet addresses. Once these thieves know your identity they can go to great lengths to get their hands on your crypto.

For example, there are cases of hackers spending months gathering Intel on their target. Once they had enough personal information to pull off their scheme, they were able to trick the person into sending their Bitcoin to them voluntarily.

There are also plenty of examples of less graceful thieves breaking into homes and forcing the Bitcoin holder to send their crypto through force. In more than one instance, the victims were tortured for days before they gave up the information. Worst of all, they could’ve avoided the entire incident had they added Bitcoinmix.org to their security protocol.

It’s also wise to consider the uncertain regulatory environment of Bitcoin. As a sovereign currency, Bitcoin is not beholden to the whims of any government. Just this fact makes it a target in the eyes of many regulators. Depending on where you live, and the overall value of Bitcoin, these concerns can lead to harsh laws and even confiscations.

There are also other reasons why a government may want to confiscate your holdings. During times of great economic strife, governments are known to seize their citizen’s wealth. In the 1930s, US citizens had their gold seized by the federal government to help sure up the coffers. Those that refused to sell their gold had it forcefully removed and got some free nights in jail.

There are also times when you may want to make an anonymous purchase of a good or service. Anti-Bitcoiners paint these scenarios as largely illegal but research has shown that most consumers prefer private transactions. Aside from personal reasons, there are more people than ever that want to deny large tech firms the ability to track their purchases.

The crypto community is kind and compassionate. There are plenty of non-profits and helpful organizations that you may want to help privately. This list can include donations to help those less fortunate such as soup kitchens and homeless shelters. There are also political donations that are often better made in private. The current political climate is aggressive and your political donations could come back to haunt you at a later date.

Platforms such as Bitcoinmix.org help to secure your right to privacy. In the digital age, privacy is more important than ever. There are no more threats to your privacy than previous generations had to take into account. There are intrusive governments, large tech firms, and scamsters all attempting to find out more details about you with the end goal to relieve you of your holdings.  Thankfully, Bitcoinmix.org provides users with a smarter alternative to the status quo.