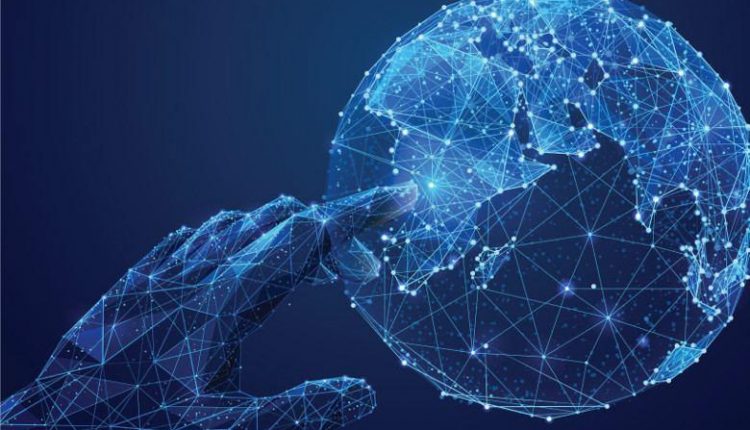 Citizens’ trust in the government depends on fundamental fairness and its delivery of all its constituents. However, Most nationalists in African countries don’t trust their leaders and government’s administration.

A good percentage of citizens are not aware of government policies or mandates. Furthermore, there is blatant mismanagement of funds with the leadership not accounting for spending.

The dire state of affairs needs a change, and that change is the United Allied States. The UAS is a government ahead of its time that is incorporating advanced blockchain technology to run its administration. This entity entered a technology partnership with Apollo Fintech to develop a digital currency and run all government systems on the Apollo blockchain. Blockchain technology works through collecting information on a digital ledger and distributing it across the networks.

Key features of blockchain are its transparency and immutable nature. The UAS government is ready to openly share its activities and be held accountable for this unhackable network. Let’s look at how else the United Allied Nations plans to use this technology.

UAS aims at eradicating the norm of fraud and corruption that firmly established over the years in the continent. There is widespread exploitation of citizens and their resources by leaders in African countries.

The UAS will honour complete transparency of the use of government resources and hold itself accountable to the citizens. This endeavour will get realized with blockchain technology running its department records. Residents of the state can view government expenditure and follow the trail of funds from their sources to their destination. The funds will reach their intended target population or development projects without embezzlement.

As a concept, it is revolutionary and will change the view of leadership and governance in Africa. The availability of a system that promotes transparency and is unhackable will serve to reassure the citizens of the government’s commitment to serving.

Blockchain networks are decentralized, therefore eliminate the need for middlemen institutions. Many institutions act as intermediaries for the government and its citizens. Fortunately, blockchain makes all the agencies and governments in the industry interconnected on one network. This network includes the finance departments and the executors of government-funded activities on the field. There is increased efficiency when intermediaries, like banks and messengers, are eliminated. The UAS government will have an easier time facilitating intragovernmental transfers, saving time and money.

Blockchain technology will reconcile the files on fund transfers between different government departments and provide an efficient accounting system.

The UAS administration can efficiently preserve data on the blockchain network. The data includes citizens’ data, government data, and even those associated with various businesses. A blockchain data structure can store a large amount of information on the same system for easy access. Furthermore, private or sensitive data is encrypted with only authorized persons gaining access. The protection of data in countries is a vital part of management and will be a significant part of the government’s commitment to the masses.

The United Allied States realizes the importance of the safekeeping of its citizens’ confidential details and will employ blockchain technology for protection. Moreover, the system is unhackable, making the information safe from malicious activities like identity theft.

The UAS is determined to ensure economic prosperity to its nations. Trade of goods and services across borders will be smoother with blockchain technology. Transparency in both supplying and paying for services will build the state’s markets. Apollo Fintech is known for creating smart financial solutions for fast and efficient transactions. The creation of a national digital currency will reduce transaction time to almost an instant. The records of transactions from trade will get stored in one database that both parties in the deal can access as proof of purchase.

Peer to Peer transactions will not only be fast but also reduce costs of using middlemen institutions, saving the traders money. The United Allied States is keen on giving traders the freedom to practice open market policies on the whole nation. Blockchain technology will further this promise by letting traders deal with other traders directly without intermediaries.

As a blockchain government, the UAS is ahead of the rest of the world in terms of technological advancement. It incorporates systems that improve various weaknesses and loopholes in the current government systems. The United Allied States will enhance its citizens’ quality of life through the freedom and access granted by blockchain technology. It will become a world leader in technology and soon take over the global market.

This government will revolutionize the economic status, leadership designs, and distribution of resources in Africa and the world.